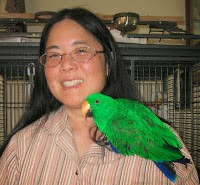 fiction than real code. She enjoys writing love stories and has always lived in a multi-cultural environment. The tapestry of characters in her books reflect that diversity. She is an active member of online critique group, Critique Circle, and a volunteer for the World Literary Cafe. Check out her four romantic novels. Michal’s Window is a powerful, emotional journey as lived through the eyes of Princess Michal, King David’s first wife. Broken Build is a story of healing where a man learns to love and trust the woman who destroyed his life. Hidden Under Her Heart is a heartfelt love story combined with controversy over difficult decisions, and Knowing Vera is a suspenseful, cross-cultural romance mixing an unsolved murder, adventure, and hot, steamy love scenes.

Connect with the Author 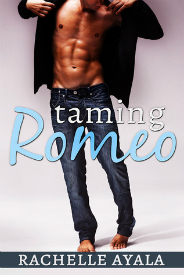 Evie Sanchez is recovering from heartbreak by working at her parents’ Filipino restaurant when in walks Romeo Garcia, the boy she left behind. Only now, he’s a hot movie star surrounded by gorgeous actresses and adoring fans. Bad boy Romeo Garcia never understood why Evie stood him up at the prom. When he rescues her from a flying coconut in the dumpster, he is determined to dig into her heart for the reason. Their mutual attraction and unresolved feelings ignite in a scintillating night of daring sex, and Romeo shows Evie what she’ll miss the rest of her life if she walks away again. Evie lands a part as Romeo’s co-star and falls into her role, totally in love. He plays his part, too, with his romantic gestures and skillful lovemaking. But is the fantasy real or revenge? Evie and Romeo are about to discover if their buried feelings will explode in pure delight or utter disaster.

Rachelle Ayala’s Taming Romeo could be classified as a Filipino soap opera. Although I haven’t seen a Filipino TV drama, I think the characterization and high drama in this sizzling romance has all the essential qualities. What I enjoyed about this book are the detailed descriptions of Filipino cultural practices, sometimes quite ridiculous, like the three dates rule and also the delectable references to Filipino food.

Taming Romeo has mastered the art of being a sizzling romance and also a window into an ethnic community living and practicing their way of life. The characters and their individual relationships are skillfully created and Evie and Genie, her sister’s sibling rivalry makes it all the more real. Evie’s relationship troubles with Romeo and her ex-boyfriend Eric are all too characteristic of romances in your early twenties. The indecisiveness and the need to get all the attention you can is quintessential young adult behaviour, which is not confined to any particular culture. Rachelle Ayala’s treatment of these well rounded and flawed characters is to be applauded.

Although Taming Romeo is quite evidently an adult  romance with explicit sexual references, the book’s gastronomical, cultural and strong line-up of characters give it a whole new dimension. However, having said that, I also believe that the story line needed a stronger plot to make it even better. As you mentally eat your way through the story and go along with the hedonistic behaviour the story suddenly ends! Yes. quite abruptly. It is as if, suddenly, all their lives were fast forwarded. Romeo’s arrival in a street near where Evie lived could have had a gradual build up, instead, everything that happens after Evie goes back to University is crammed in the last few pages. If the author ever decides to rewrite the end and make the book longer I will definitely support it. In it’s current state I would rate it 3.5/5.

Taming Romeo is not for under 18’s although, I am quite sure ratings are there to make adults feel better!

I have intentionally not narrated or summarized the story for you because if the blurb, the cover and the review interests you, please read it. Also, don’t forget to participate in the  a Rafflecopter giveaway for your chance to win one Paperback, Winner’s Choice, of Rachelle Ayala’s Books.

This blog post is a part of a blog tour and I received an ARC to read an give my honest opinion of the book.